Wedding at DeCordova Sculpture Park and Museum in Lincoln, MA 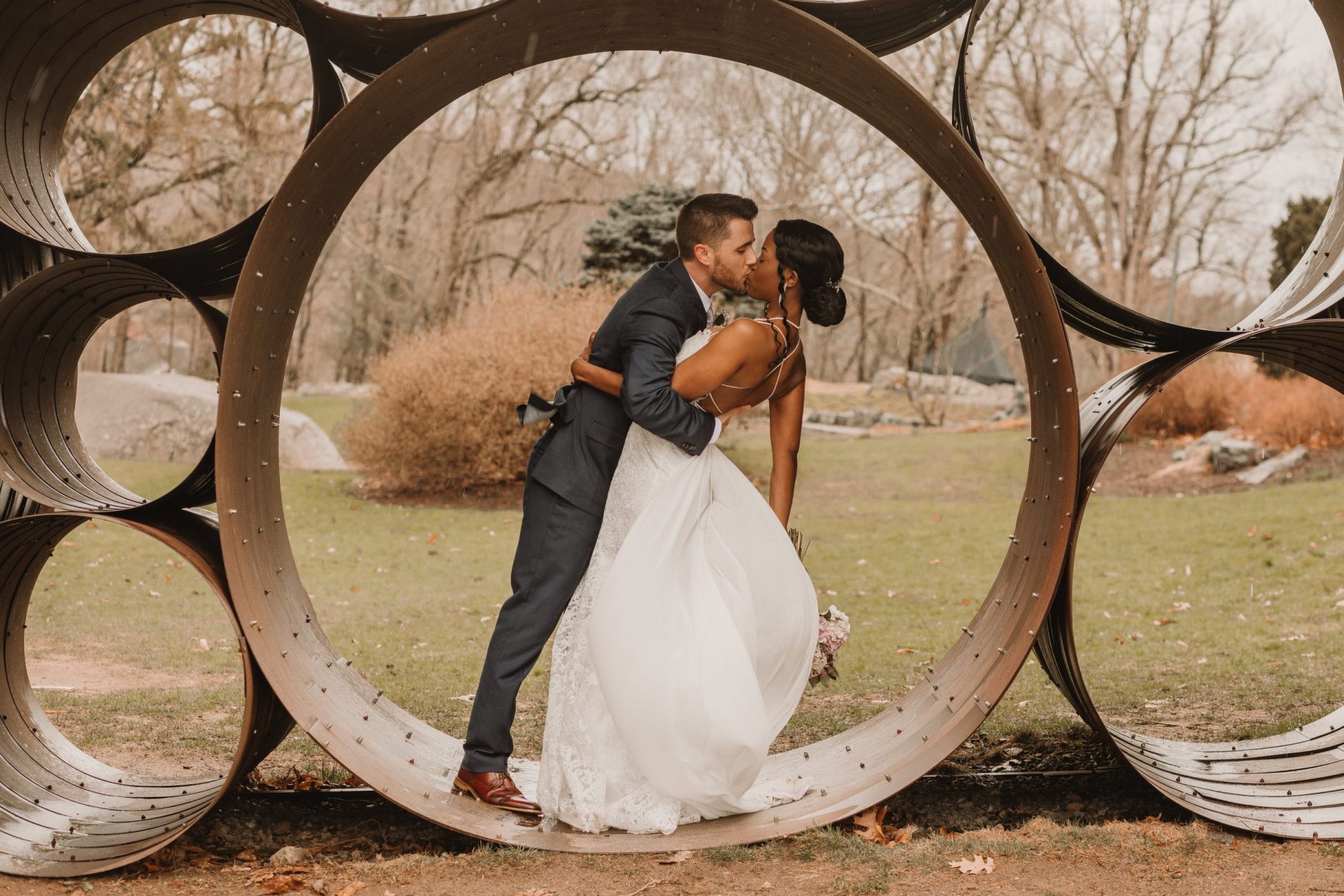 Robert and Lou discovered each other online in 2021 and have flourished as a couple as they navigated dating during the pandemic together. They met up in person at DeCordova Sculpture Park and Museum for their first date, and instantly clicked! Although they had not known each other for very long, they soon realized they were meant to be together forever and got engaged in November that year. Robert and Lou returned to the same park for their wedding almost exactly a year later to tie the knot and confirm their commitment to each other in front of friends and family.

DeCordova is a unique indoor and outdoor museum and park combination, with dozens of large-scale modern and contemporary sculptures and installations sprinkled throughout the park. Art classes, nature tours and other activities are held at the park, and the serene lakeside environment coupled with the one-of-a-kind art pieces make for a magical and unique wedding venue. As they were finalizing their wedding plans, Robert and Lou reached out to me about wedding photography because they loved my style of shooting. I was delighted to hear that they liked my work and to have the opportunity to work with them, especially since DeCordova is one of my favorite museums in the area and I used to visit frequently and even take painting classes there! Once we connected on a Zoom call, we knew we would be a great fit to work together, and got right to work planning for their big day.

Robert and Lou were originally going to hold their ceremony outside on the lawn in front of two large heart sculptures, but heavy rain at the time the ceremony was due to begin resulted in them changing their plans last minute for an indoor venue. They had their intimate ceremony in a cozy library on the top floor of the museum, surrounded by their closest friends and family members. It was wonderful seeing them say their vows to each other and celebrate the love that they had found during a difficult period of time in the world. The sky cleared up just as the ceremony concluded, and we were delighted to step outside onto the patio overlooking the lake for family photos.

A steady drizzle began to fall again as we began wandering around the park for couples’ photos with just the newlyweds, but Robert and Lou were troopers and persevered through the rain to get some lovely images to document their wedding day. They brought along a clear umbrella which is the perfect prop for getting wedding photos in the rain. We had so much fun roaming about the park and stopping at several of the large sculptures in the park to take pictures in the drizzle! After several stops at various art installations, we ended our photo tour at the heart sculptures where Robert and Lou were originally going to get married. As the rain started to come down in earnest, we finished taking our final photos and headed back to the museum to take cover.

It was so poetic to be there with Lou and Robert as they became husband and wife at the same place where they first met. I had an amazing time working with them and getting to know them better during the planning process as well as celebrating with them on their wedding day. I am so happy that they were able to find each other during the pandemic and brighten each others’ lives during a trying time! Check out some of the unique photos from their special day below. 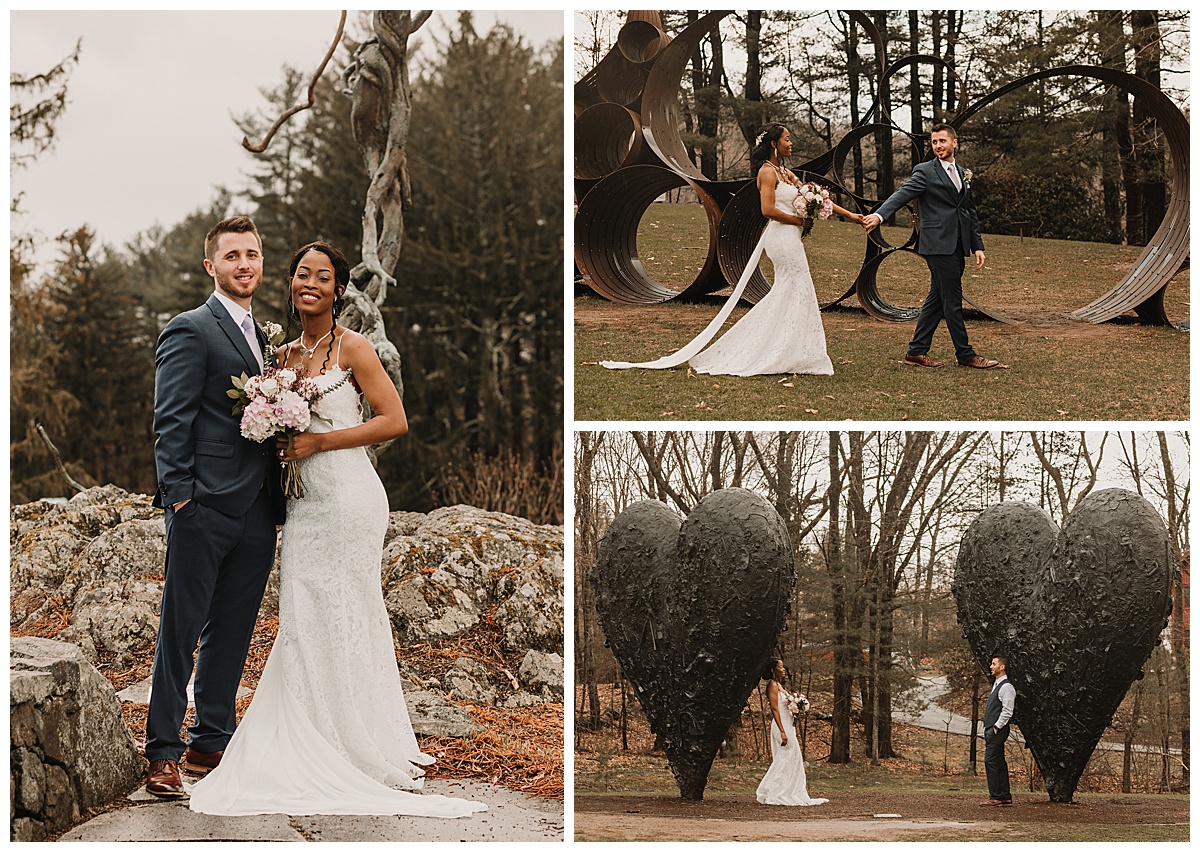 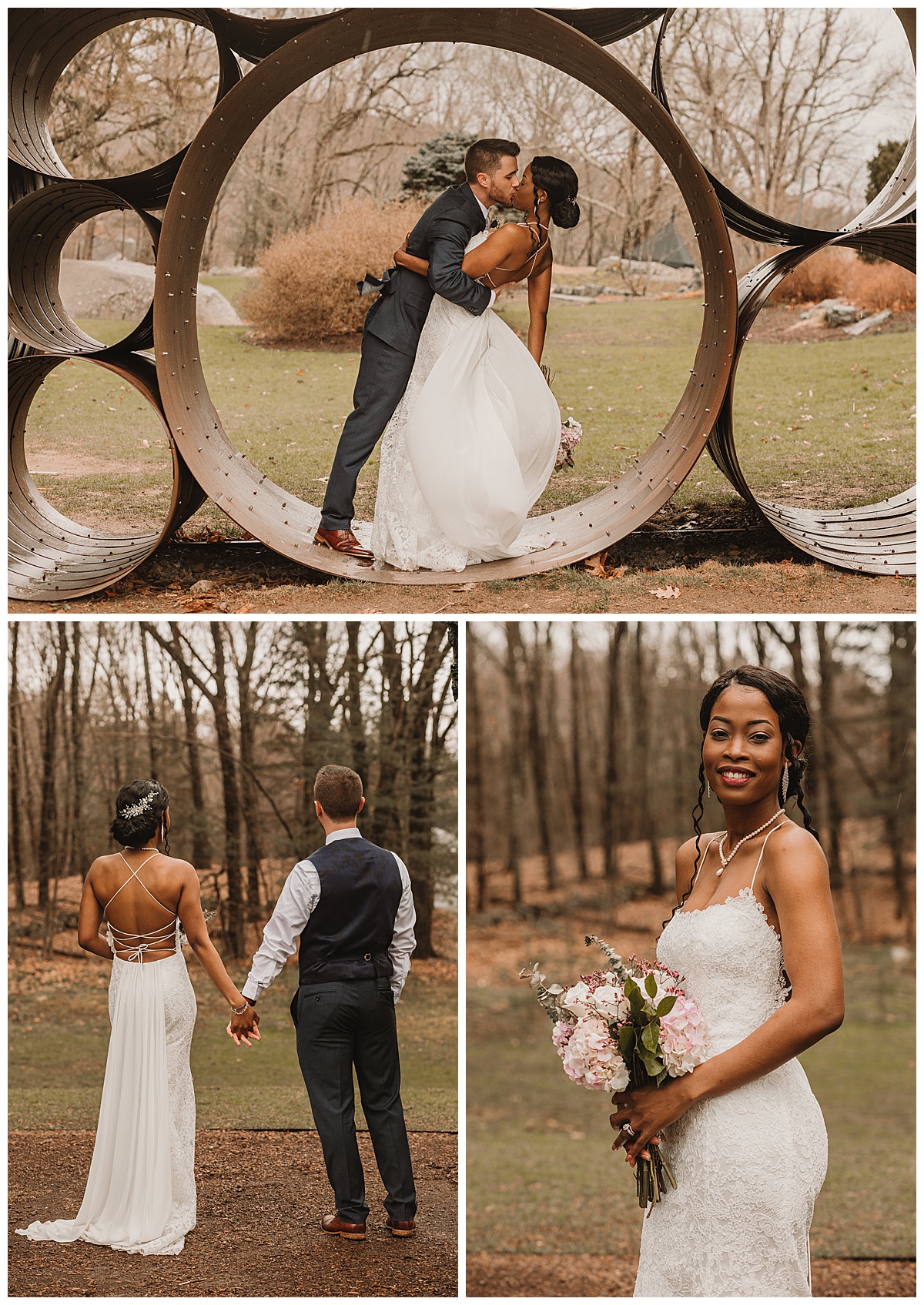 I SERVE GENUINE, VIBRANT COUPLES, AND SPECIALIZE IN Capturing your wedding authentically

SEND ME A MESSAGE